Saroj Ji : A Tribute to a Legend!

An Iron Lady who was not afraid to call a spade a spade! She was the only choreographer in the 90s & early 2000s where both the Producers & the Superstars, revered & feared her, with due respect! I personally admired her grasp in being able to capture the mood of the music & her ability to interpret lyrics through dance & movement, transforming music & poetry into a heightened visual art! She was truly the Fosse of Bollywood! Both, embodied the philosophy that 'less is more' and her strongest suit was her ability to extract from her artist, their most beautiful version of themselves & make them caress the lens with subtle intimacy, giving the audience an immersive experience. She truly sett gold standards in choreography! Sarojji was also the first Dance Masterji who worked so hard with her craft that an industry prior to 1988, hadn't even recognized it as a craft, till she came along & made them stand up on their feet ( literally & figuratively ) & take notice, giving her & the choreography department, due recognition in cinema! Such was the power of her work!

Her biggest strength was her ability to transform the raunchiest lyrics and ‘Dignify’ it, by the sheer magic of her craft! Songs like Dhak Dhak and Choli ke Peeche are iconic today and could have easily become cheesy but Sarojji with her beautiful muse Madhuri Dixit, who deserves credit too, is proof of her brilliance & artistry, setting her work apart from the rest! Her work in cinema is the ‘Bible of Choreography’ for me!

At a personal level, we shared a relationship of respect and her wit and candor was not everyone's cup of tea but I was besotted by her body of work and the power she exuded, so would take her punches with a pinch of salt!

When we met on the sets of judging a show of which she was the sole Choreographer in the earlier seasons , and I was being added-on because of my recent success in Dance India Dance, she became 'Masterji' in her characteristic way...admonishing & patronizing...but you see, I secretly loved her work. So besotted was I, that I would enjoy her rebukes... so smitten was I, that if she told me to get down on my knees & kiss her feet I would and that's asking way too much from me cause I rarely indulge in such heightened emotions! And yes, I have to admit that if there is one person whose feet I have touched with genuine respect, then it would be her's. I come from a school of thought which has a very different take on respect & tokenism but we all have exceptions & Sarojji was that only exception!

It took 8 episodes of shooting with me to thaw her down because she didn't think I was a match to her illustrious career & rightly so! She had worked 30 years to reach there & here I was, seated next to her, a young man who had never assisted any choreographer in his life, was from outside the industry with just few films to his credit, a kid who had navigated nepotism with opportunism, lucked out with a popular show Dance India Dance and now was given the privilege of being on a panel with her! It didn't sit right! Her supercilious attitude towards me was totally justified. It's another thing, that I was smitten by her body of work & with my penchant for alpha females, I allowed the emasculation which otherwise would have had a retaliatory counter attack!

So, after she had figured that I was no match for her brilliance & that she was the clear winner, she called me to the van after the shoot was over & shared with me her life story that was narrated in the most innocuous way! Given that I was an outsider, who wanted to stay out, she felt safe to chronicle her tumultuous journey. And what a wonderful story teller she was!!!

I wouldn't be surprised if someone made a biopic on her, because this was a life that had navigated the rough hands of patriarchy, abuse & scandal!

She had a way of interjecting her life's most challenging moments with an air of candid humor & dismissiveness, that concealed her vulnerability and became her coping mechanism! She talked openly about how insecure the actresses in the 60's n 70's were, when she had a figure like Helen & danced in such way that had men eating out of her palms! I listened to her, besotted, like my grand ma who told me the secrets of her youth & warned me to take them to the grave (though given the times we live in, they are tepid in comparison to the colorful lives we live!)

She regaled stories of how the biggest stars of the yesteryears courted her attention & at the same time feared her ambitious alpha side! We laughed at her anecdotes and at one point I was literally rolling on the floor with tears in my eyes because her narration was punctuated with acerbic wit & howlarious candor. To me, some of the stories seemed preposterous as I looked at her with disbelief, but one look from her & it was enough to know that ‘Truth is stranger than fiction '! We laughed till the vanity-van guy knocked & asked if everything was alright!

And then there were moments when you would spot a glimpse of her vulnerability, the little girl Nirmala (her actual name) who went ‘Missing' (metaphorically) after her brief stint as a child artist who then had to feed her dependent family. She eventually become a back ground dancer in the film industry and later as the chief assistant for a leading choreographer who would also be the father of her first child, all this in her early teens! Little did she know, that She would soon be shouldering this responsibility all by herself. Life was not a bed of roses but neuroses given her extenuating circumstances! You wouldn't blame her then, for turning into a lioness who wears her tenacious armor to insulate herself from the scars of living a life, on her terms!

We met again on several occasions thereafter, for judging events but this time she was cordial & because she knew I enjoyed her barbs at me, she would throw me some shade & watch my reaction as I would laugh at her play of words & then she would smile at me & say " Accha hai, tu bach gaya" referring to my decision to stay outside the industry! Then she would indulge me in comments that were unprintable & have me rolling on the floor, in public, whilst the organizers & audience wondered, what’s the big joke, that I was privy to!

Our interactions had a clear line of control! She was the Boss lady and I had only a certain degree of accessibility to her. She was intrigued by my lack of self-respect when it came to her rancor and she couldn't fathom my affection for her old -school ways of yielding power, given that I had established myself sufficiently from the last time I met her.

She told me once "I'm glad you stuck to judging shows on TV & teaching dance... your comments are on point...TV suits you... Films is not for you " And that was typically Sarojji giving you a back handed compliment with thoda 'namak maarke ' : a phrase she loved to use to describe actresses who lacked sodium in their dancing diet !

Then the last few years, we stopped bumping into each other because her health started to deteriorate and it came to pass in some news that she had hit a new low! Work had stopped & being a workaholic it was affecting her to see that she was not in the running for projects with her protégés! Whilst some generous hands from the industry (there are some amazing people too, unlike what we would like to believe ) kept pouring in, her debilitating health took its toll on her body that had labored arduously and without a break !

The last few months weren't easy for her & her family who stood by her & nurtured her till her last breath.

Her passing away, releases her, from the bondage of the physical pain & emotional suffering of the world she embodied!

I'm my view her epitaph would read " Here is an amazing woman Who lived, loved, labored & nurtured...Unabashed Unapologetic! “

Let's celebrate her art, her spirit & let's keep her legacy alive by remembering the contribution she made, creating a paradigm shift in cinema for Indian film choreographers! Let’s celebrate the hands that rock the cradle of many stars & honor her craft by crediting her with the Title : 'The Premier Doyen Of the Film Choreography Industry'

There will never be another Masterji! An era comes to pass!

May you finally unite with Nirmala & dance in Abandon in the garden of the Gods! 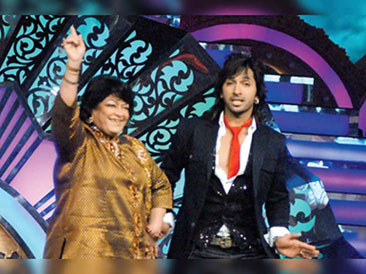 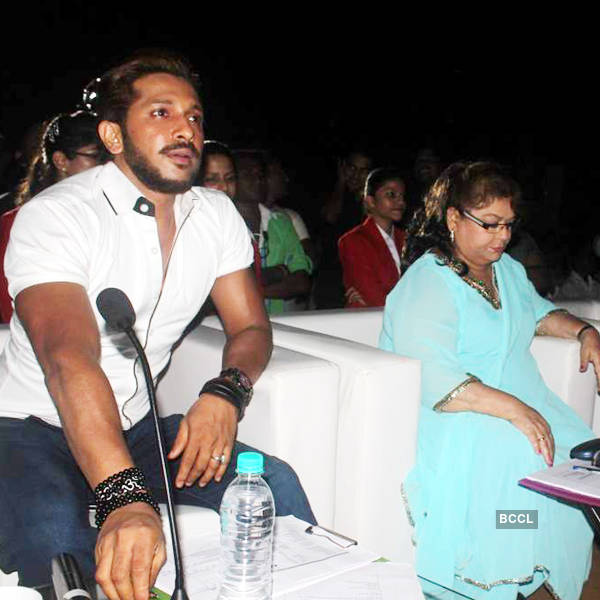